From the 2nd Nov until the 1st Dec one of our fellow Tigers, together with a colleague from Florennes, and a detachment of around 50 support personnel were participating to the flying course of NATO’s TLP, the Tactical leadership programme. They trained and learned how to prepare, conduct and lead complex missions together with aviators from Poland, France, Spain and Italy. 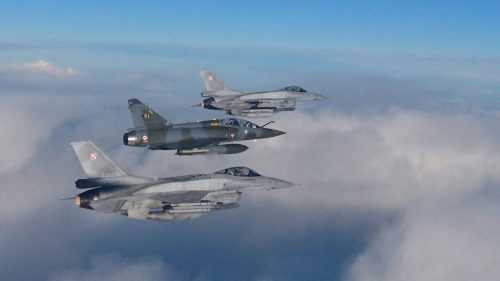 This particular exercise is fully dedicated to COMAOs, combined air operations. Every morning the participants face a completely new scenario, one of them gets appointed “mission commander” and tasks are distributed. In a 12 hour cycle the mission will be analyzed, planned, executed and debriefed just in time to assure sufficient crew rest in order to start again the following morning. Starting off with brainstorm sessions, the fighter-bombers and fighters draw up the big lines of the attack plan.

Next is the mass brainstorm in which all aspects of the mission are combined and coordination between the different players is drawn out. In the planning phase they must construct a plan to get 24 blue an up to 8 red players airborne from a single runway, have them execute the mission all together and recovering the same number of aircraft to the same single runway. This admin part of the planning eats up a lot of time in the first missions but as participants become more proficient with this specific part, the tactical portion demands more and more “thinking-time”.

Missions gradually become more challenging, from a simple “sweep the area and bomb the target” to a full scale war, where actions by the “enemy” trigger certain responses from the blue force resulting in a full scale deployment where air superiority, CAS (close air support), close escort, recce etc. are all conducted at once. This being challenging enough as it is, the level of the adversary is also increasing trough ought the exercise.
Participants are faced with advanced enemy fighters carrying better missiles, supported by ground based air defense and airborne communications and radar jammers. They need in depth analysis of the mission objective and the threat to construct a solid plan with (multiple) back-up options to deal with any contingency in order to achieve final victory. 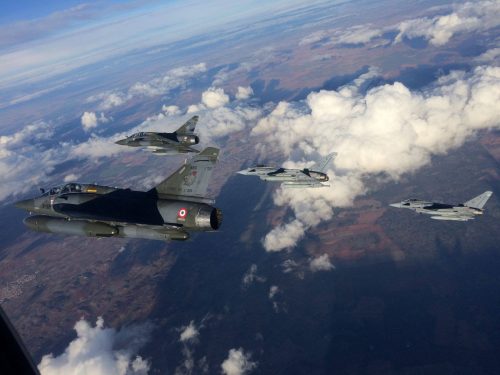 An additional difficulty is the cooperation between all nations. Everybody has his own little tactical solutions to any given problem which may lead to discussions that can consume a lot of precious time in the planning. Every platform has then again his own strongpoints and drawbacks. Participants need to quickly be familiar with pros and cons of the F-16MLU, the F-16C (52+), the Mirage 2000D, , the F-18A & F-18MLU, the Spanish and Italian EuroFighter EF2000, and the Tornado in order to maximize the force of the package. Despite the long working hours, chatting in the aircrew bar proved to be extremely helpful in getting to know and appreciate each other. It didn’t take long before the flexibility of the F16 and experience of its drivers (both in exercises and in real ops) was used and abused by the group. 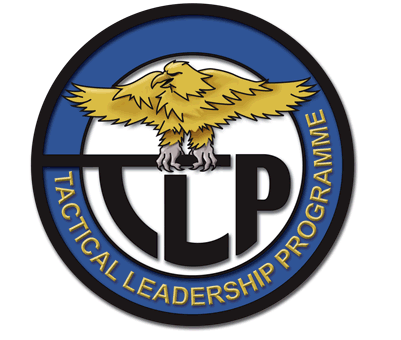 In about 4 weeks, a bunch of seemingly random picked pilots was transformed to an effective fighting force that could take on any problem presented by the staff. To no-one’s surprise all of them graduated and could take home the TLP graduate badge along with a certificate of completion of the course.