Tiger does the Mach Loop

Tiger does the Mach Loop

I had finished all planning for our last domestic flight with our FA-77, the Tiger F-16.
It was sheer luck I could go ahead with my plan to land in Marham, get a briefing and do the Mach Loop combined with a training mission.
It was going to happen!

It had not been that smooth though…
End of December it suddenly became clear SABCA was claiming our jet sooner than expected for its upgrade, my long planned last flight wouldn’t see any light. The low flying bookings I made were rendered useless.
Until at the last working day, I suddenly got the message SABCA got a delay and the chance to execute the plan came back alive.

Soon it became clear very quickly, it all was probably too little too late. Pilots at Marham had to be called to coordinate a low flying briefing and they all had left for the Christmass holidays only to be back on the 3rd. To coordinate all that on the 3rd to fly on the backup date, the 4th, would take a small miracle. That is why we weren’t sure about actually doing the flight or having to execute the backup flight. Which was a local photoshoot flight. For that backup, I planned on an extra FB to be able to get the best pictures from our FA-77 out of my wingman’s’ backseat.
To our surprise, with New Year came a bunch of good luck and we managed to arrange the Low Flying briefing and hence a stop by at Marham.

That day, the weather was not looking pretty. The forecast for Wales looked bad and the whole route Belgium to Marham wasn’t much better. Being committed for the flight, we took of a bit early and climbed out in the working areas above Kleine Brogel. Took a couple of airborne pictures and headed for Marham. The weather, although not great, was better as expected. 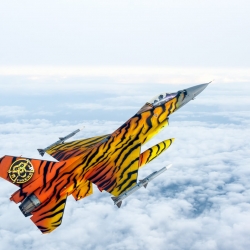 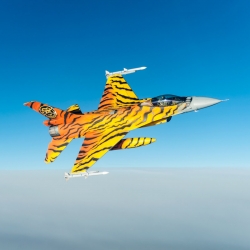 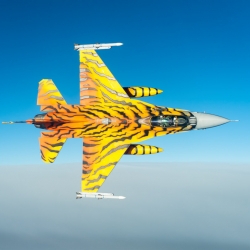 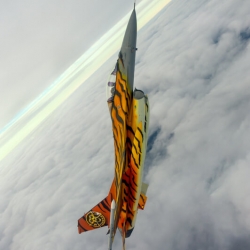 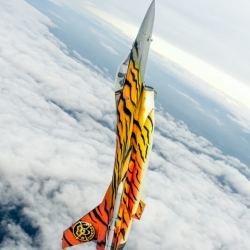 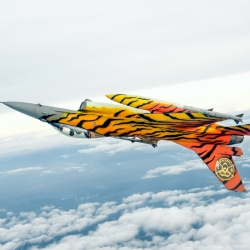 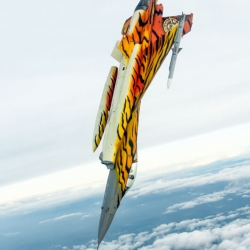 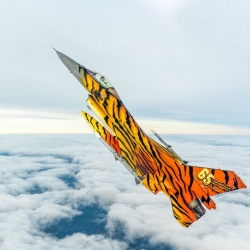 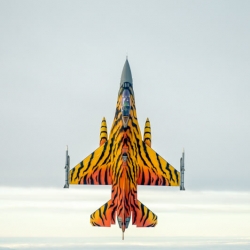 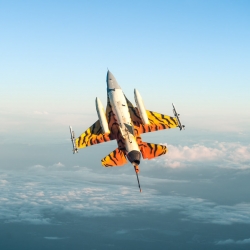 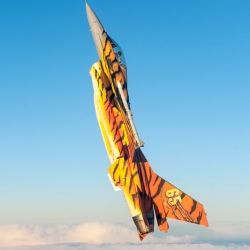 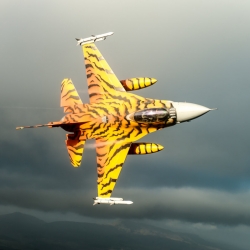 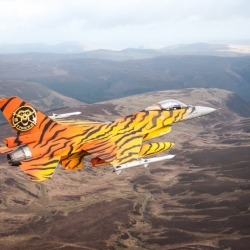 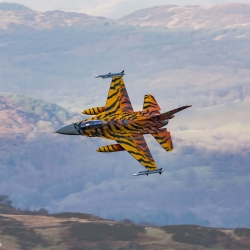 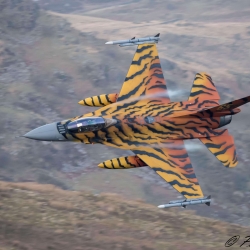 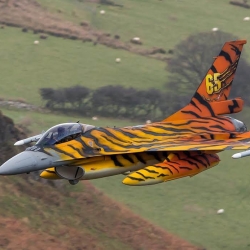 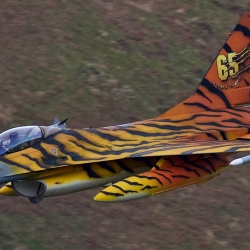 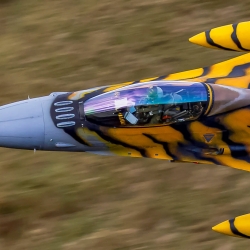 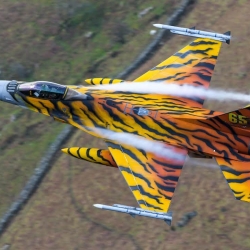 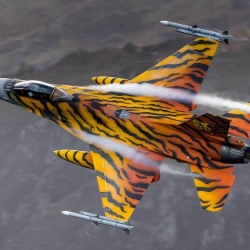 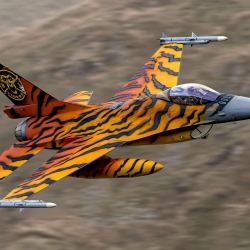 Briefing, lunch and stepbrief were smoother than ever, thanks to the Professional Marham Crew! Thank you 31 sqn pilots at Marham!
Once heading out for the Mach Loop we only saw clouds in the distance, but managed to get below. The light wasn’t the greatest, but hey we managed to get there and do the Mach Loop with our Tiger. We came this far, and despite the lack of descent light, the photographers shot some astonishing pictures.

I hope all of the Mach Loop fans loved it, I know I did,
– A 31sqn Mach Looper