Whilst waiting, the tension was building up. As it was painted in total secrecy, nobody really knew how it would look. “Would we expect a fully painted F-16?”, “What if its Pink?”, “Why is it taking so long?” were some of the questions rising from the seemingly nervous crowd.

The honors were taken by the squadron OPS Officer, who in turn congratulated everybody for their Tiger Spirit and work put into yet again creating another mighty fine painted F-16. We couldn’t wait any longer. In the background was the hangar opening inch by inch, a melodramatic slow opening of the hangar doors silenced the crowd even more. The towing vehicle inside revved its engines, it was going to happen, right there and then. Slowly but steady, the towing vehicle drove outside of the hangar. You could hear the heartbeats of the crowd, you could hear the mice in the grass nearby, and you could even hear a screech of a hawk coming from the woods really!

The FA-116 showed its nose, no paint. Then the rest of the fuselage was shown, no paint! Was it the wrong aircraft?

There it was, adorning the entire tail section of the mighty viper, solid black tiger stripes on a vibrant orange. “The other side’s even better!”, yelled Johan, breaking the silence and sighs of relief and amazement. The crowd went closer to the airframe, shuffling impatiently to the other side of the concrete slab the Viper was resting on.

And there we stood, some feet wet in the typical wet Belgian mushy grass, other were tripping a little bit whilst walking and maintaining visual on the tail. But there she stood, mighty and proud. The new “Tail” was a fact. An undeniable stunning piece of art.
Shortly after the roll out, the FA-116 made its maiden flight in the experienced hands of the commander of the 10th Tactical Wing.
The squadron was treated with a new tail. With the maiden flight on the same day, and with an “intercept” during its flight to take the very-very-very first pictures airborne, above the clouds, in a perfect sky condition.
We’re so proud to be Tigers. 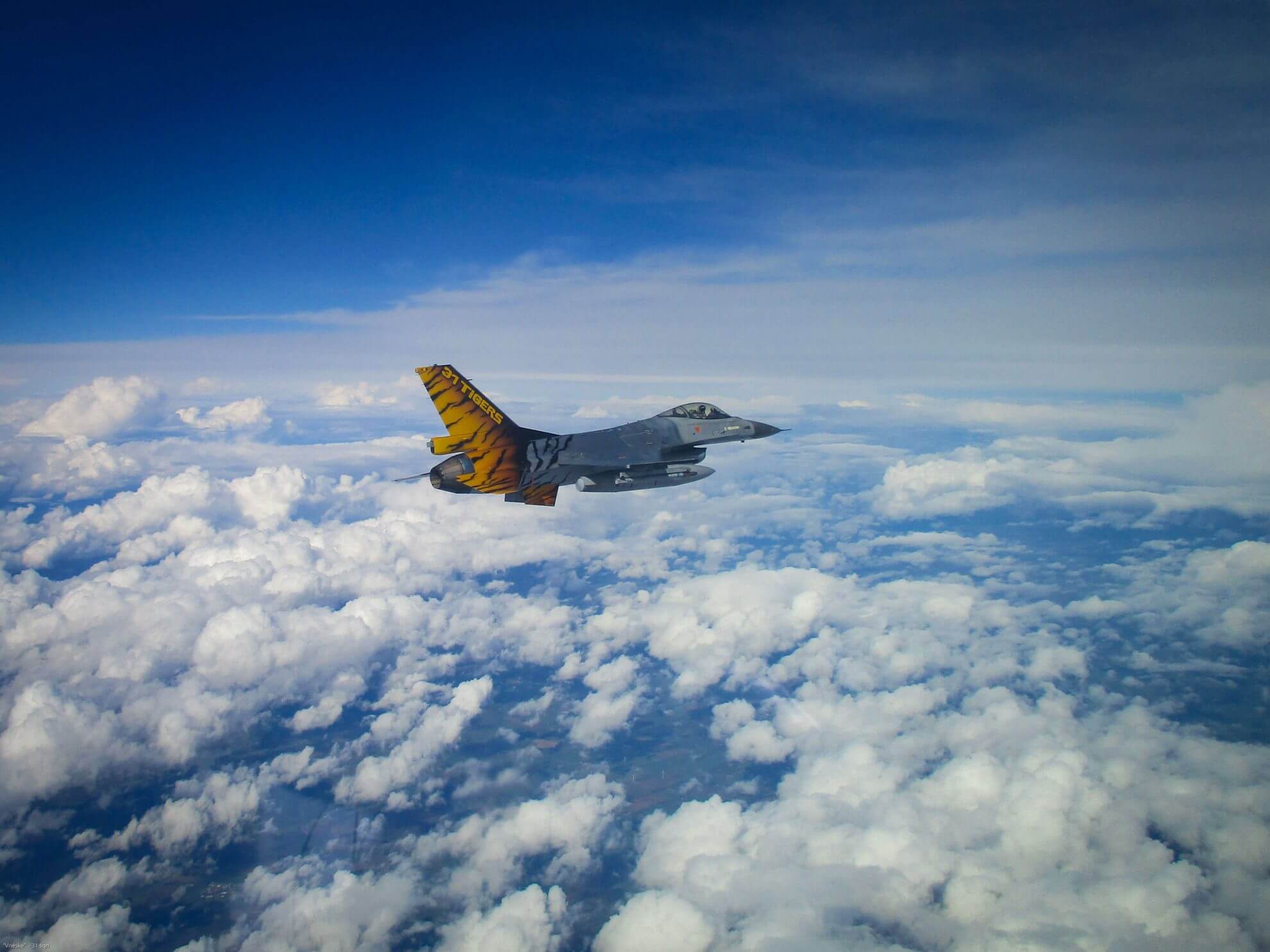 The design of FA-116 was made by Peter Verheyen and Johan Wolfs from Arte International, who are slowly reaching the ’50’ mark with their total amount of painted Jets. The painted FA-116 is currently number 45. Peter and Johan painted the jet in collaboration with the members of the 10 W Tac Paint Shop, who deserve all our gratitude from the squadron. 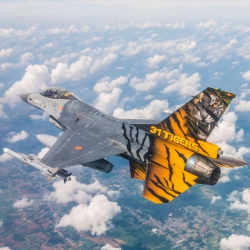 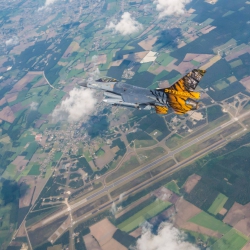 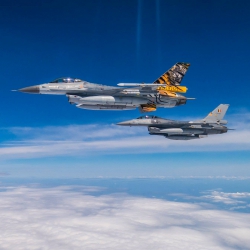 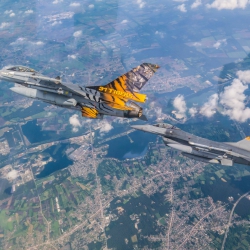 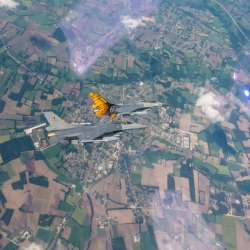 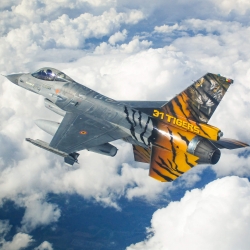 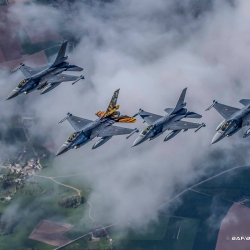 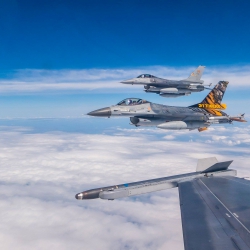 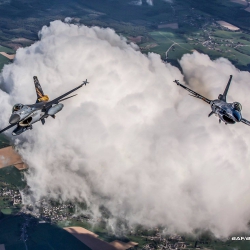 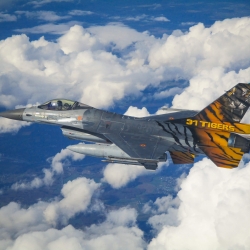 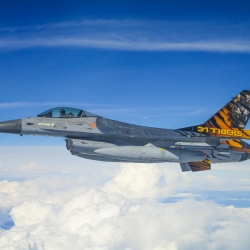 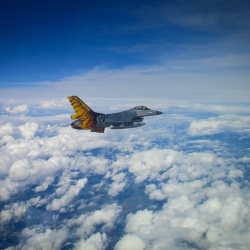 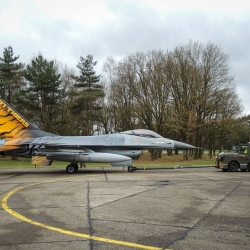 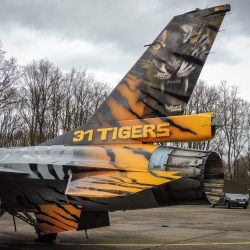 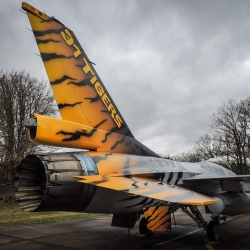 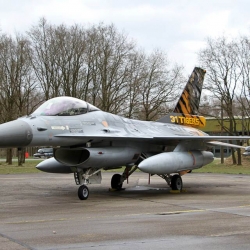 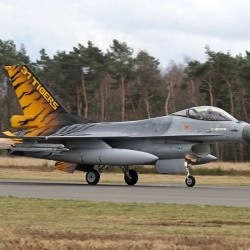 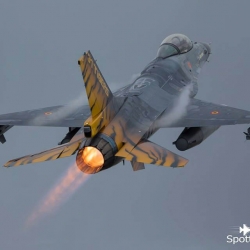 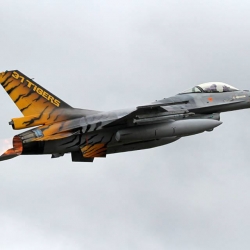