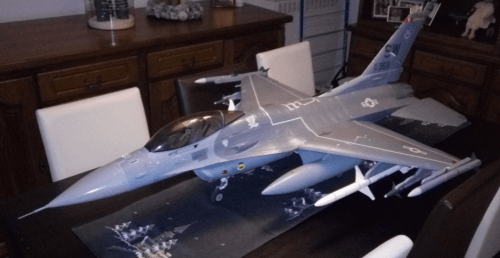 Since I started flying RC models a little less than two years ago, my goal was to have an RC F-16 model. So when a fellow RC enthusisast from my club pointed me towards a beautiful second hand Freewing model, he and I jumped in the car and went to the North of Holland to get this plane.

The model was an F-16C-version as opposed to the A-versions we fly in Belgium. So I needed to make some modifications to it to make it look as close as possible to an A-version, whitout messing to much with the structural integrity of the model (it needed to fly after all). 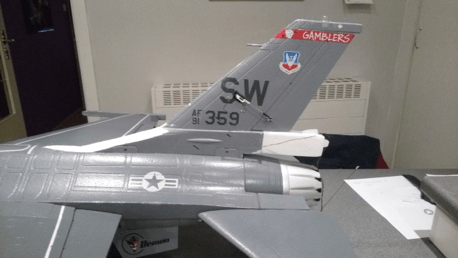 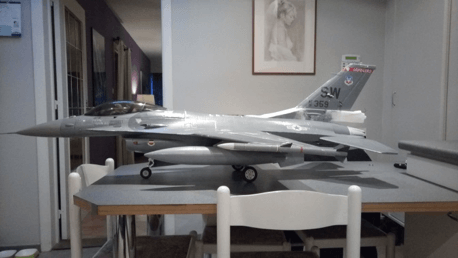 It was also my wish to make it a replica of the 31 “Tiger” Sqn FA-77, since I accompanied this aircraft on my first NATO Tiger Meet in Zaragoza (Spain) as Executive Officer. And since 31 Sqn won this Tiger Meet, I had a few personal reasons to make my model look like the beautiful FA-77.

I’m not skilled in airbrushing, so I brought the plane to Arnaud “No” Bussels, a retired 10 W Tac employee and skilled airbrusher, who did an amazing job painting it! 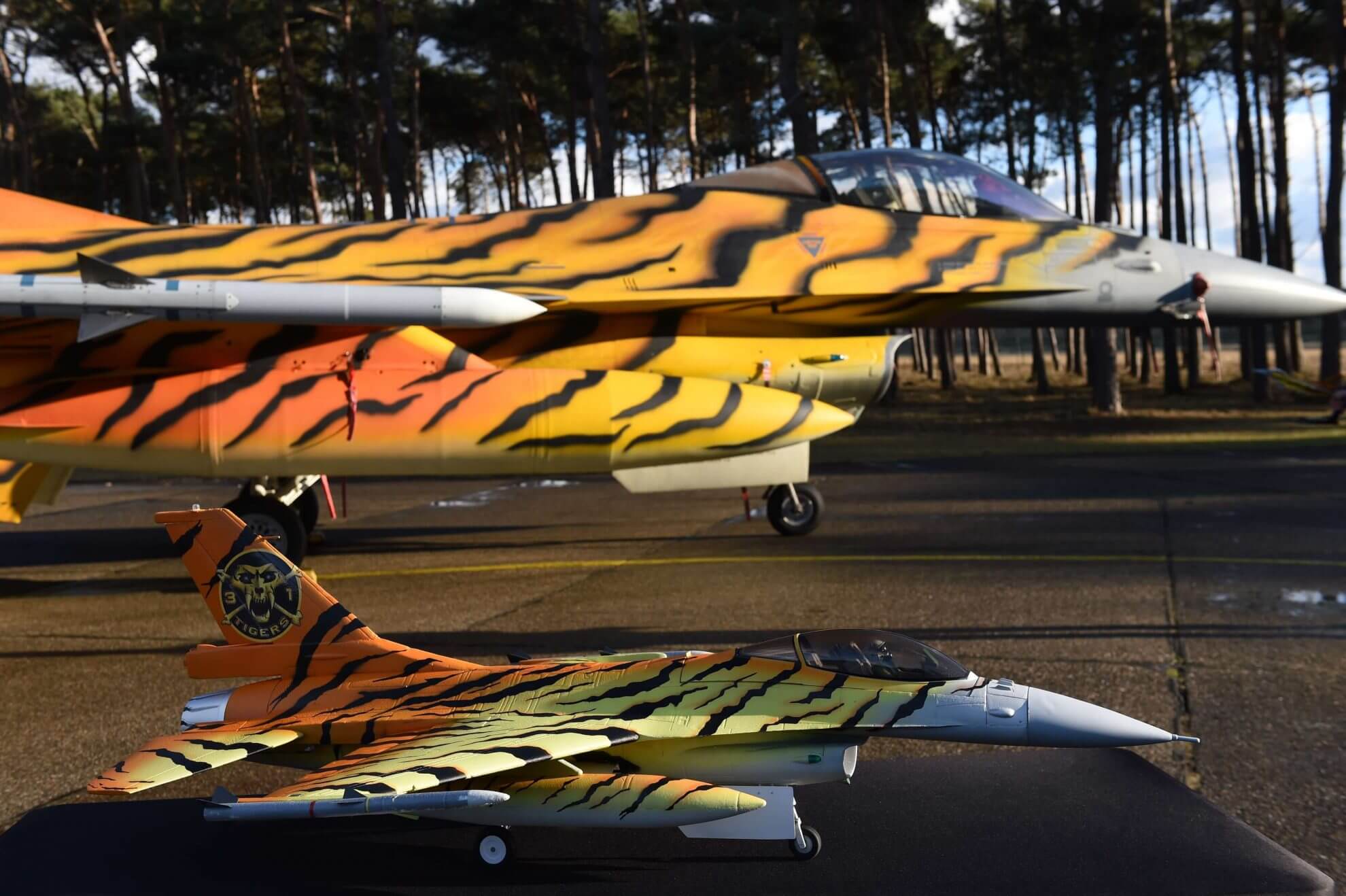 On January 5th, 2017, I had the opportunity of making a photoshoot of my model with it’s real life big brother, which makes it even more special! 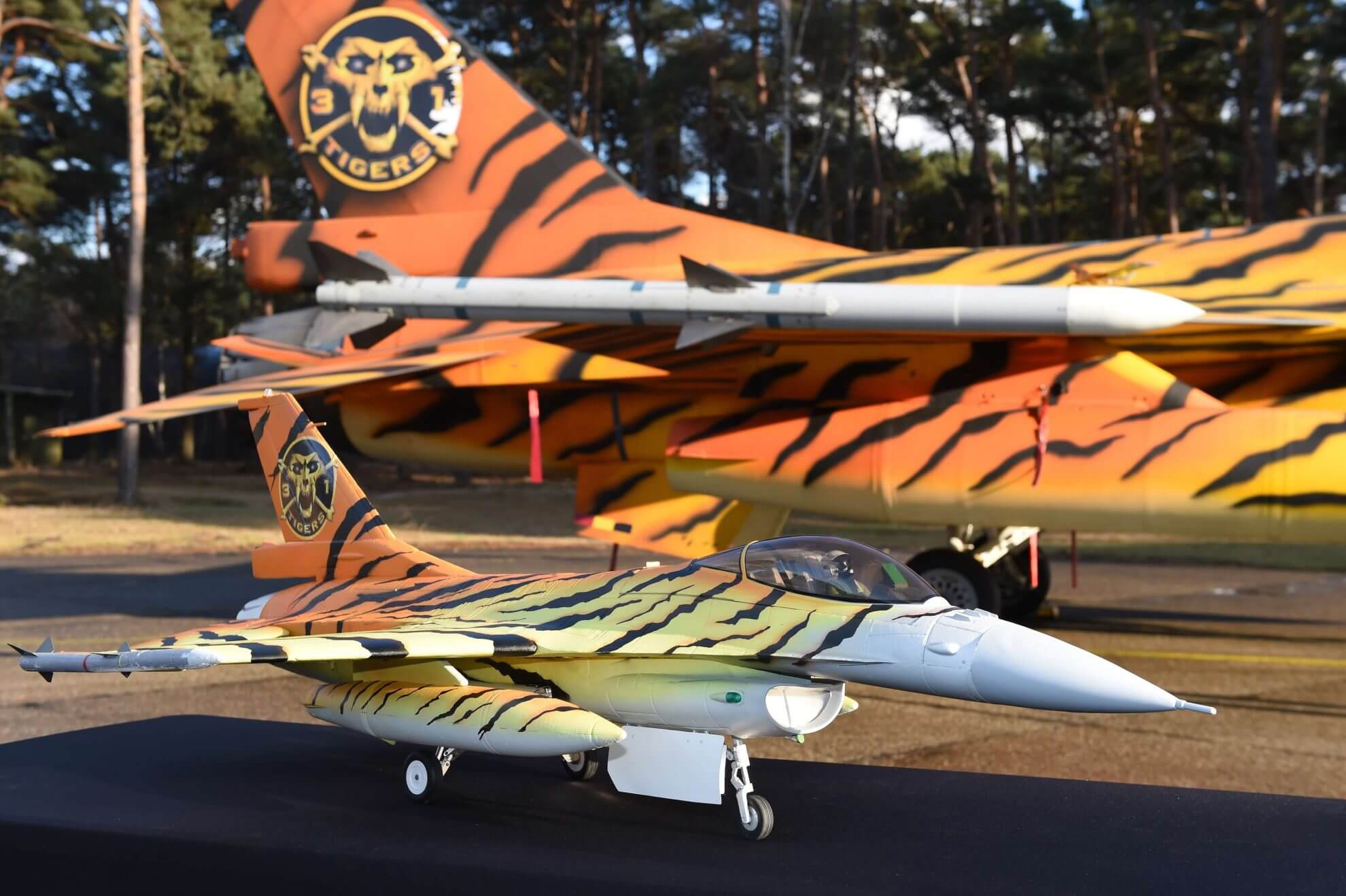 There are still some details that need to be attended, to really finish it and make it more scale (such as decals that need to be applied an a black tiger stripe here and there, but that is a work in progress. I didn’t have time to do these before the photoshoot, as the FA-77 is leaving us for SABCA, where it’s special paint will be removed… 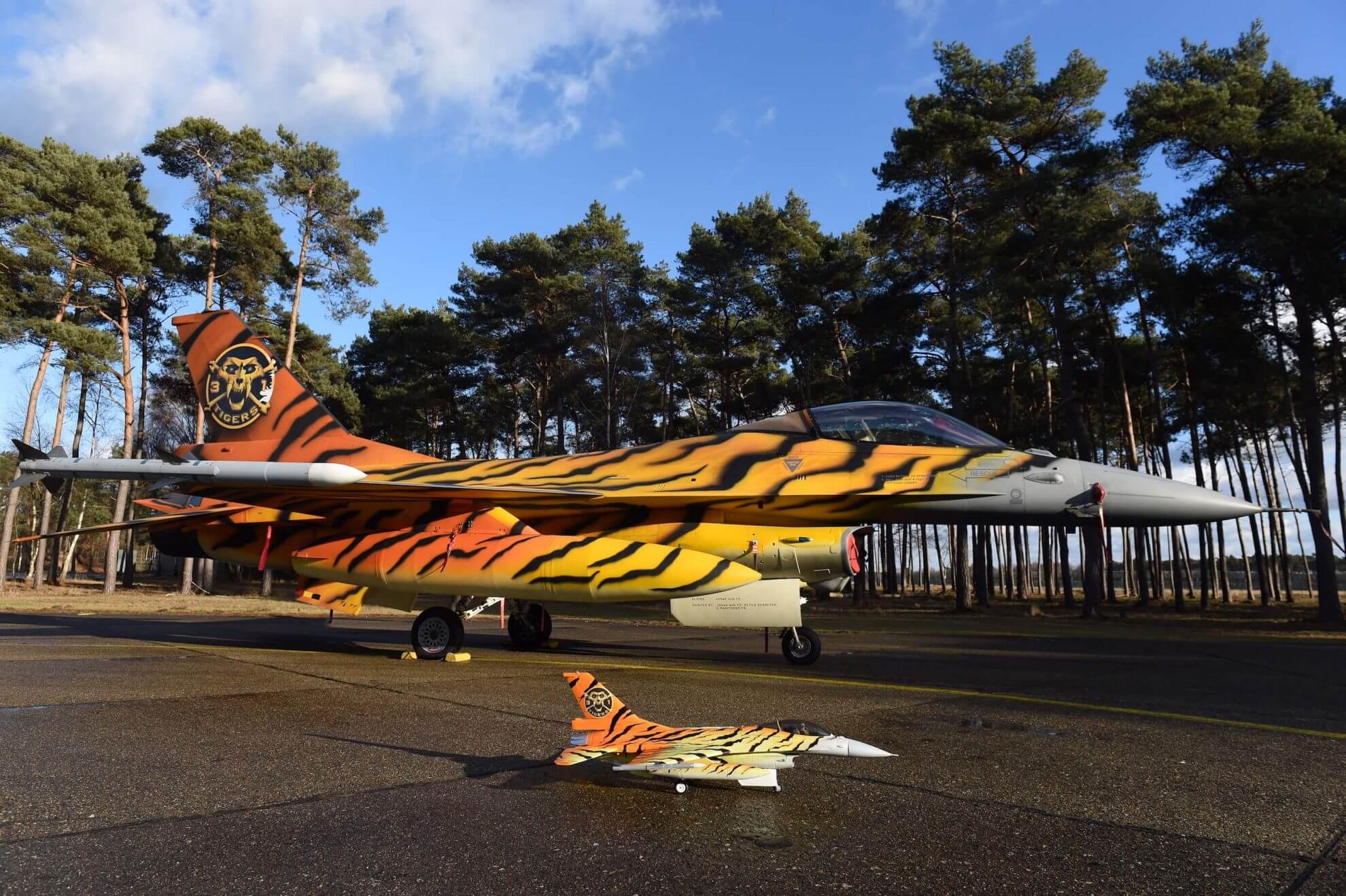