The history of the 31st Tiger Squadron goes back to the 1st of October 1951. On that day it was founded, as part of the 10th Tactical Wing at Beauvechain Airbase, together with 23 and 27 squadron. Soon after the founding the entire 10th Wing moved to Chièvres Airbase. The first flight for the 31st Tiger Squadron was registered on the 4th of January on the legendary World War 2 Spitfire Mk XIV.

Pretty rapidly the Spitfires were replaced by F-84G Thunderjets and T-33 Shooting Stars. In October ’53 the squadron was completely converted to these types. 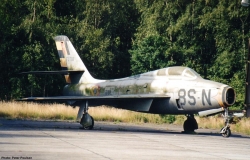 A series of deployments to several bases followed before the squadron was permanently assigned to Kleine Brogel Airbase in February ’55. Shortly after arriving at Kleine Brogel the T-33 was taken out of service, and as from ’56 the Tigers exchanged the F-84G for the F-84F Thunderstreak. On this type more then 37000hrs were totalized during the next 9 years. During this period the squadron was assigned to the Ace Mobile Forces, which was a quick reaction force where they made part of until 2002.

The squadron first participated to the NATO Tiger Meet in 1962, during the 4 day meeting at RAF Woodbridge. As from then the Tigers of the 31st squadron will be a cornerstone of the NATO Tigers Association. 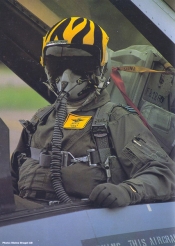 In 1963 the Belgian Air Force purchased the Lockheed F-104G Starfighter, as a multi-role fighter bomber. In March ’64 the Tigers started to operate the Starfighters and were assigned to the NATO fighter-bomber strike role. During many years during the cold war they were 24/7 ready to go in harm’s way, if circumstances should have dictated.
The last flight on the one-O-four was made in March 1983.

One year earlier the F-16 Fighting Falcon had arrived at Kleine Brogel and the complete conversion was terminated in August ’83, as from March ’84 the Tigers were re-assigned to the NATO forces. The F-16 was in many ways a revolutionary plane and is nowadays still the pride of the Belgian Air Force.

As from November 1996, 31 Squadron took part on a regular basis in operation “Joint Falcon”, flying out of Villafranca (Italy) over Bosnia-Herzegovina. As from January ’99 they operated from Amendola (Italy) in operation “Allied Force”, when the tension between Serbia and Kosovo began rising.
Numerous offensive and defensive combat missions where flown by the 31 pilots.

In September 2001 the pilots started their training on the new F-16 MLU (Mid Life Update). Flying this upgraded aircraft made it possible for the squadron to become a multi role fighter squadron, while continuing their NATO strike role as well.

In 2003, the squadron absorbed the personnel and pilots of the disbanded 23 Squadron, also based at Kleine Brogel.

In 2004 the Belgian government decided to send 4 F-16s to Lithuania to safeguard the airspace above the three Baltic states. The Tigers guaranteed the airspace integrity 24/7 by their Quick Reaction Duty. They were ready to take off within 15 min on a permanent basis. Up to this day they regularly participate in the protection role over the Baltics.

A deployment to Kabul International Airport followed in June 2005 in the framework of the operation “Eastern Eagle”. With 4 F-16s the Tigers flew numerous mission overAfghanistanin support of the ISAF troops, by providing Close Air Support, Recce-flights and Quick Reaction Alerts. After 6 months and 506 combat missions the F-16s returned back to Belgium.
In September 2008, the Belgian Defence started another operation in Afghanistan under the name Guardian Falcon. This time the F-16s were deployed to Kandahar Air Field, in the southern part of the country. Once again the Tigers flew and are still are flying over Afghanistan in support of the ISAF troops. Currently 6 Belgian F-16s are stationed in Kandahar, equipped with laser and GPS-guided bombs and a Sniper Advanced Targeting Pod. 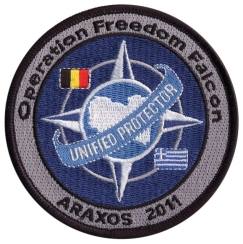 In February 2011 the UN issued “resolution 1970” and “resolution 1973” to establish a No Fly zone over the Libyan territory and to protect the Libyan civilians. The Belgian F-16s participated in this mission, called Unified Protector, from the very beginning and operated from the Greek airbase in Araxos. The first Tigers participated in this mission at the beginning of May 2011, where they immediately started the first night flights. The Belgian name for this mission was Operation Freedom Falcon. After the capturing of Colonel Ghadafi the UN stopped the mission and the last Belgian F-16s left Araxos to go back home on the 31st of October 2011. 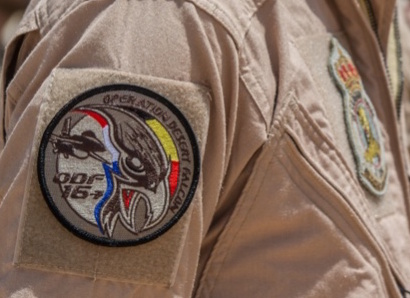 Since 2014, 31 Squadron is supporting the international coalition against ISIL by executing combat missions over Iraq and Syria under “Operation Desert Falcon”.

In 2016 the Tigers from “31” won the prestigious Silver Tiger Award for the 9th time in history, an all-time record. 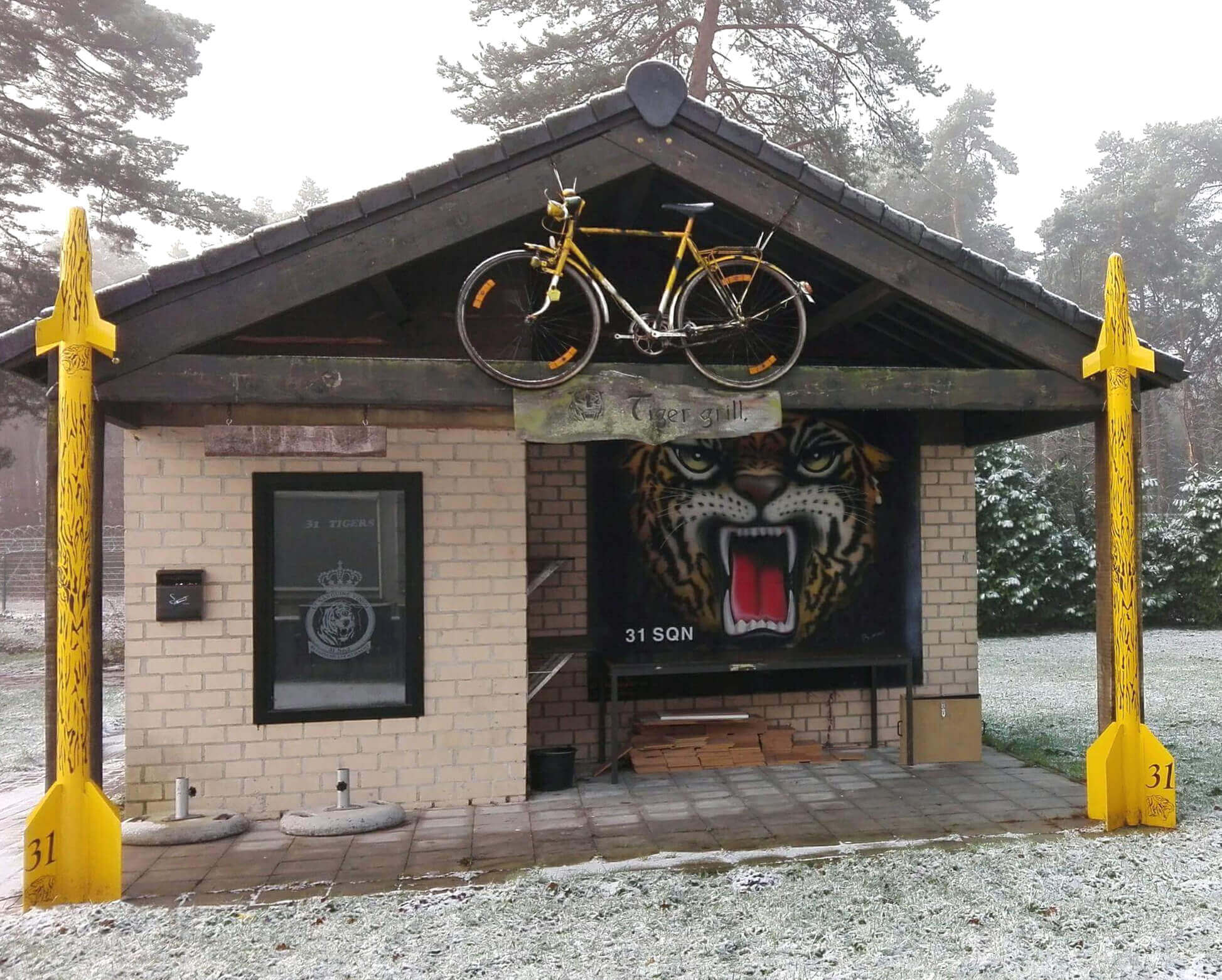