F-16’s are painted with a special paint that makes the aircraft less radar-reflective, therefore repainting an F-16 is a very expensive thing. However, the Tigers of Three-One would like to keep-up with tradition, by painting a tigerstriped aircraft for the 1985 Tigermeet. Finally an answer to solve this dilemma was brought to them by W. Lippens who is the paint manufacture for the Belgian Air Force. The solution consisted of painting a special plastic coating over the grey-paint. One’s the colours should be removed they just had to peel off the plastic layer, instead of completely repainting the aircraft. So be it… But then came flight-safety… and they judged that it would be to dangerous to fly the aircraft. This would take away the full spirit of the aircraft, and the project was almost cancelled, but then a compromise was made (mainly because the FA-62 was already prepared to be painted, standing in the paint shop with everything masked). The compromise was that nothing was to be painted in front of the air-intake… On friday the 21th the painters started to apply some 8 coats of the plastic primer. After the weekend, on monday 24th, the yellow base was sprayed. After this was completely dry, the tigerstripes could be painted. This was done by ‘Guy’ Truyens, J.P. Van Regenmortel and Danny Coremans. On Thursday that week, the aircraft was brought over to the Alpha Zone, home of Three-One squadron. There it was placed in a locked shelter, waiting to be used for the upcoming Tigermeet next week. 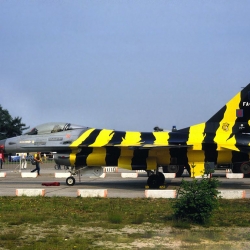 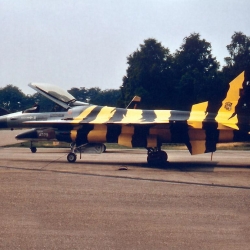 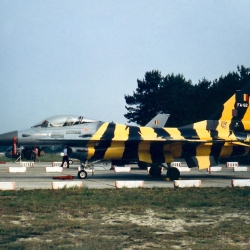 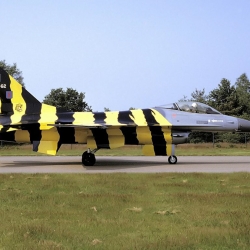 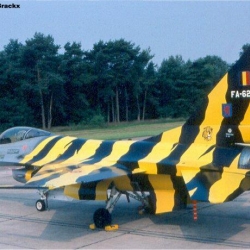 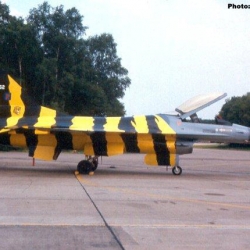 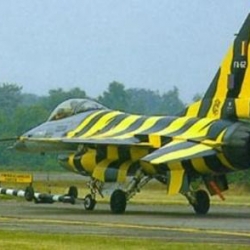 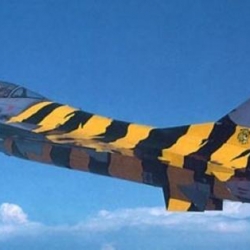 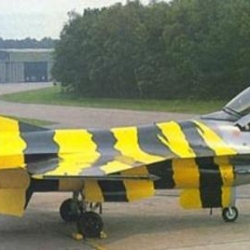