The FA-87 carried the NTM 2004 scheme up until the 26th of August 2006, the day Johan Wolfs and Peter Verheyen repainted the tail into its current scheme. To say it with Peter Verheyens words: “the new born is simply beautiful; bedecked in black and orange with hints of brushed steel, it has suffered some battle damage but still keeps on going showing off its 31 heritage in 3D”. The official ‘maiden flight’ took place on the 4th of September with the ‘fresh’ CO Rudy Verrijt in the cockpit. The new flagship was followed by a F-16BM, flown by ex demo pilot John Vandebosch, with OCU CO Peter ‘Patja’ Stams in the backseat to take some air-to-air pics. 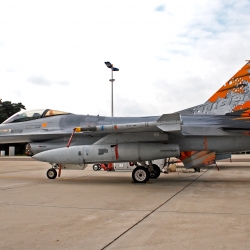 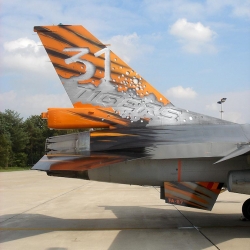 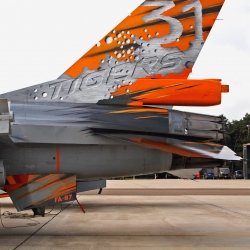 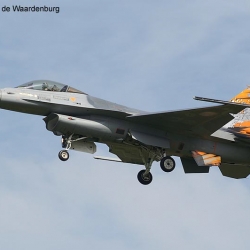 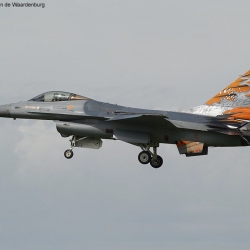 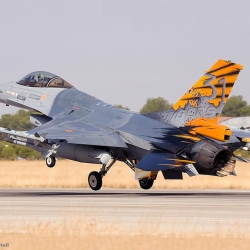 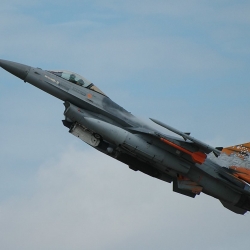 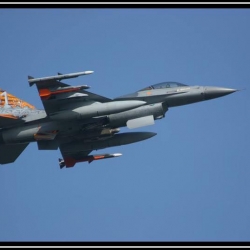 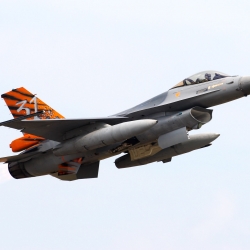