The FA-94 made his first flight with the new tail on the 27th of April. The 31 squadrons CO wanted to keep the premier for the Nato Tigermeet at Turkey, leaving the Tigerfans waiting some days before they could admire another great job of Johan Wolfs and Peter Verheyen. The first flight was together with the FA-87 (Tiger tail of 2004) but the FA-87 had technical problems and had to land again. Also note the FA-94 is the same jet as the one used for the marvelous 1991 Tiger color scheme. 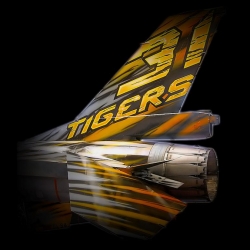 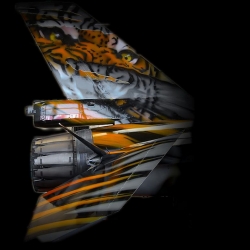 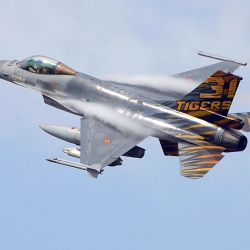 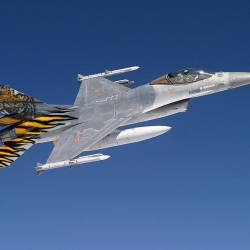 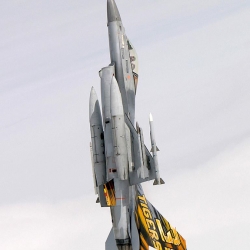 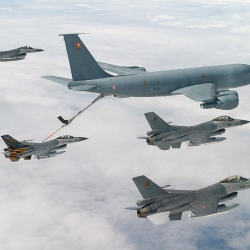 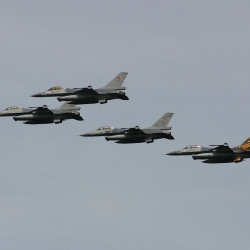 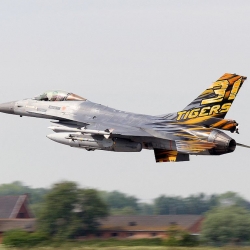 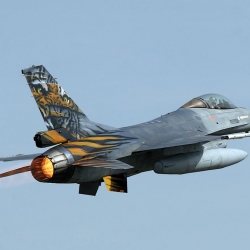 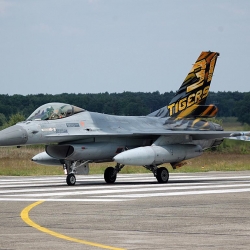 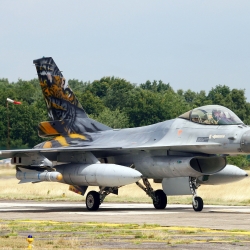 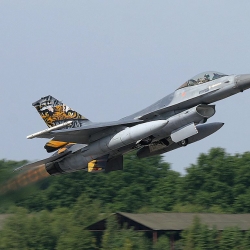 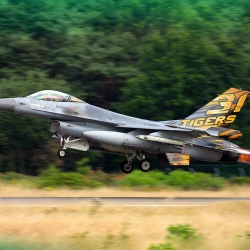 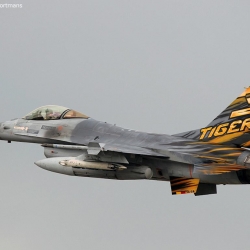 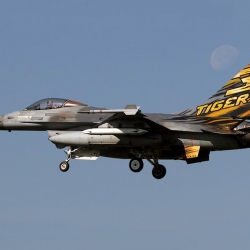 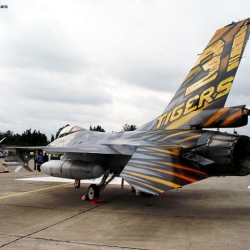 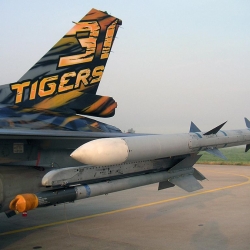