On March 6th 2013 N° 31 Squadron officially presented the specially decorated FA-106 which will be the Squadron’s presentation aircraft when they will participate at the 49th NATO Tiger Meet which this year will take place at the Norwegian airbase of Orland between 17 and 28 June 2013. The unit will participate at the Tiger Meet with four F-16AM single seaters and one F-16BM twin seater fighter.
This year’s special tail was again designed by Johan Wolfs and Peter Verheyen, authors of no less than 30 special decorations of Belgian military aircraft. 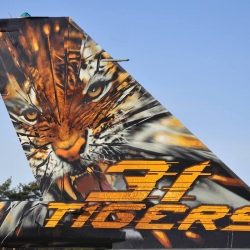 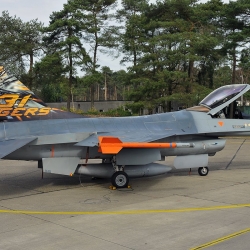 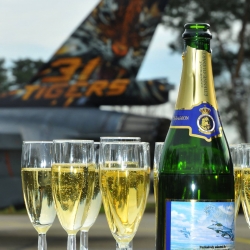 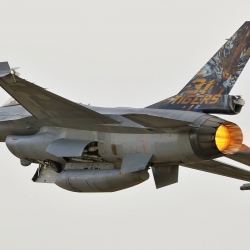 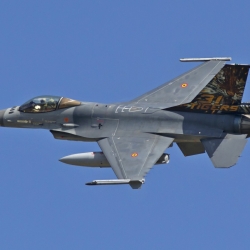 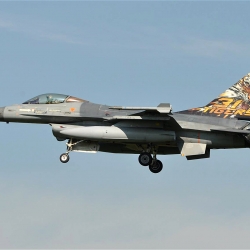