The Roll-Out ceremony of the FA-71 ’31 Tiger took place on friday, June 12th, 1998 where it had it’s maiden flight by flight Cdt. Mich Kerkhofs on that rainy day. The painting scheme was designed by Johan Wolfs, who also painted some previous Tigeraircraft in 1991 and 1994. To get the painting job done he was assisted by his friend Peter Verheyen and some other people from the Kleine Brogel Paint-shop. On thuesday, June 16th, the Tigerjet was about to depart to Lechfeld for the 1998 Tigermeet, but during the start-up sequence major technical problems occured and the aircraft was grounded for some days until the necessary repairs where done. However, maintenance crews in Kleine Brogel worked very hard to get the aircraft flying again (some 16 hours is told)… and on thursday morning final tests proved to be succesfull… Then the aircraft still had to be flown to Lechfeld… and no one else then the Base Commander at that time, Col. Vl Marcel Van der Auwera made the flight to Lechfeld, presenting the aircraft to the other resident Tigersquadrons. Col. M. Van der Auwera has been a Tiger himself some years ago, (and once a Tiger always a Tiger) flying the F-104G and later the F-16A, therefore it was no surprise that he had the honour of flying the aircraft to Lechfeld. 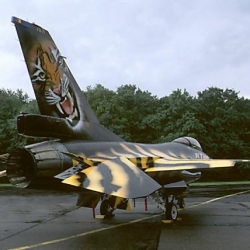 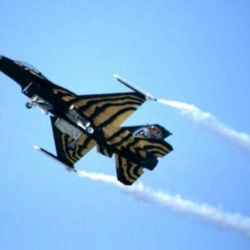 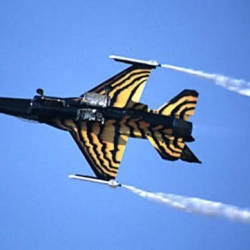 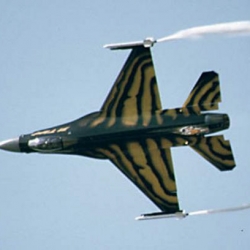 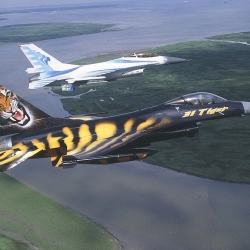 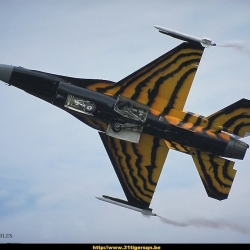 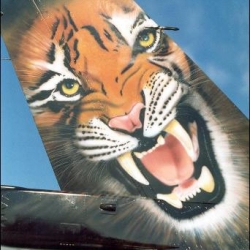 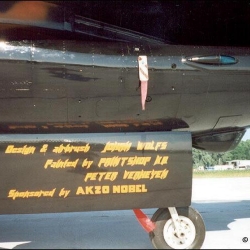 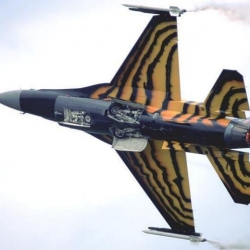 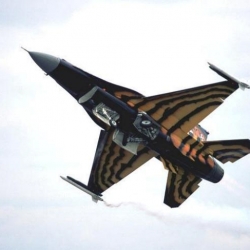 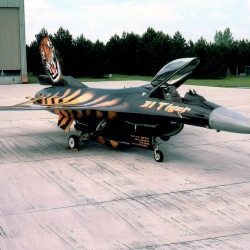 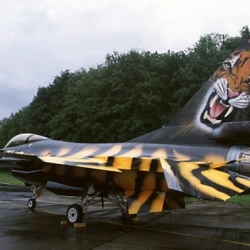 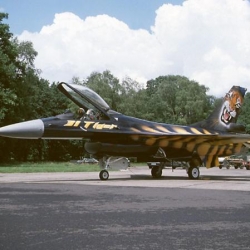 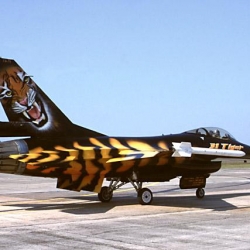 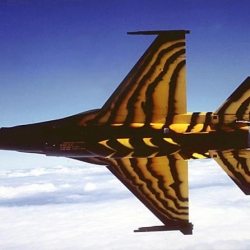 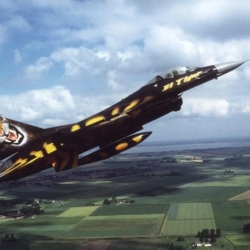 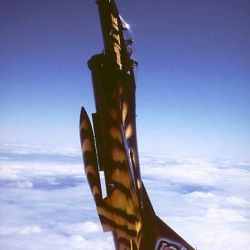 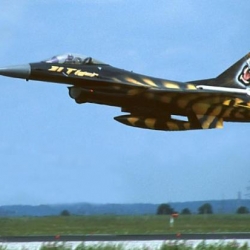 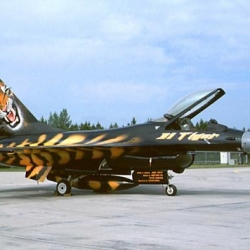 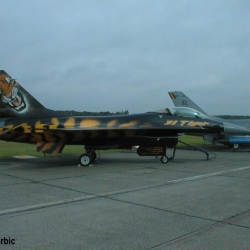