After the major gathering at Fairford in 1991, the Nato Tiger Association lost some of its squadrons due to budget cuts and returns home to Canada and the States. However in 1994 the Tiger Association regained its spirit at the Cambrai Tigermeet. 31 Squadron made an spectacular appearence with the FA-82 Tigerjet. Although the aircraft was only painted on the tail, the quality of the artwork was outstanding, which surely helped 31 Squadron winning the Silver Tiger Trophy that year ! (besides the excellent spirit they shown, and missions they lead and flown!) The artwork on the tail was again painted by Johan Wolfs who also painted the FA-94 in 1991. 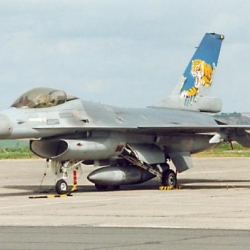 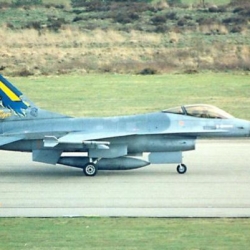 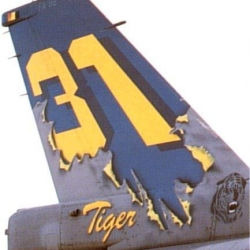 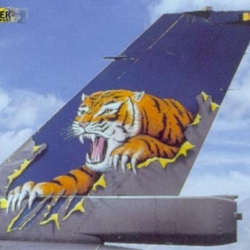 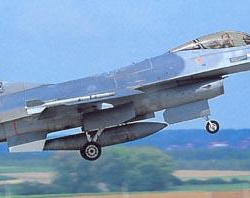 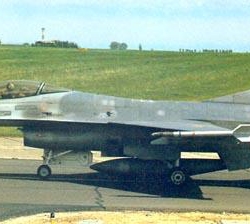 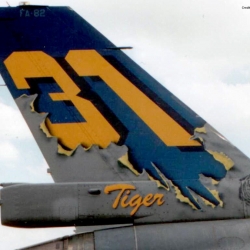